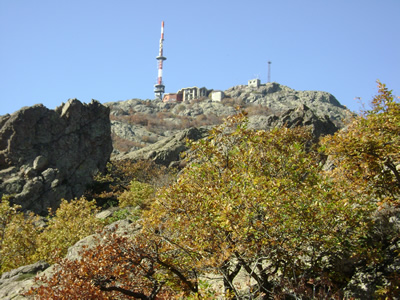 Sliven oblast has wonderful opportunities for tourism development due to its geographical location, natural endowments and rich historical heritage.

Tourism is identified as a priority for the development of the oblast which is widely supported both by the community and the local and state authorities. It matters greatly that over the last years tourism has been one of the intensively developing sectors of the national economy and it is marking continuous growth. On the other hand, there is a promising tendency towards increasing the number of the foreign tourists, who are more interested in getting to know the interiors of the country and its traditions than in the conventional forms of tourism, offered at the Black Sea resorts. The proximity of the oblast to the South Black Sea region is a good opportunity for developing an attractive regional tourist product. The tourist sights in Sliven oblast could offer visitors unforgettable entertainments that would surely make them return here again.

Sliven oblast is lavishly endowed with natural resources. The picturesque slopes of the Eastern part of the Balkan Mountain with its multitude of natural landmarks and the existence of a protected area - „Sinite Kamani” Nature Park, are great advantages for the successful development of ecotourism.

„Sinite Kamani” Nature Park is in the immediate vicinity of the town of Sliven. It is an area of great significance for the conservation of the biodiversity. It is characterized by a distinctly mountainous relief. Its altitude varies from 290 m. to 1181 m. (Balgarka summit – the highest in the Eastern part of the Balkan Mountain). The mountainous relief of the park makes it suitable for exercising almost all types of mountain sports – skiing, alpinism, rock-climbing, cycling, mountain cycling, hang-gliding, parachutism, gliding, as well as route and cognitive tourism. Great biodiversity is to be found within „Sinite Kamani” Nature Park. The existing tourist tracks on the territory of the park are more than 50, while the main tourist routes, leading to different destinations are 18. Karandila locality is the most visited part of the mountain. There are very good conditions and well-developed infrastructure for recreation here – hostels, bungalows and lodges.

Rural and eco tourism is successfully developed in the municipality of Kotel. On its territory there is a great variety of natural landmarks which are very interesting tourist sights: caves (Chernite izvori, Dryanovska, Karvava lokva, Prikazna and many others), bizarre rock formations (Urushki skali, Orlovi skali with eyries, Zlosten – a complex of karst rocks with one of the deepest precipices in Bulgaria, called “Ledenika”) and beautiful waterfalls (“Skokovete”, “Medvenski izvori”, “Siniat vir”).

The mountainous slopes of the Balkan Mountain and Sredna Gora in the municipality of Tvarditsa also provide good conditions for year-round tourism. There are excellent conditions for hunting tourism. It is possible to ski under the Chumerna summit four months every year.

Balneological and spa tourism can be developed successfully in the municipalities of Sliven and Nova Zagora due to the existence of natural mineral springs. Sliven Spa, which has been a resort of national significance since 1987, has great potential. The resort is situated in the Tundja river valley, 12 km southwest from the town of Sliven, at an altitude of 242 m. The climate is mild, transient-continental, influenced by the Mediterranean Sea. The mineral water possesses proved properties, suitable for the treatment of gastric-intestinal diseases, gall and liver diseases, diseases of the locomotory and peripheral nervous systems. The sanatoriums and hotels are in a plain countryside within a green park area.

There are well-preserved complexes of interesting buildings from the epoch of the Bulgarian National Revival in the town of Sliven. Here are the Historical Museum, the Museum of Textile Industry, the memorial houses of Hadzhi Dimitar and Dobri Chintulov, the Museum of Sliven manner of living, the art galleries “Sirak Skitnik” and “Dimitar Dobrovich”, the curches “St. Dimitar”, “St. Nikola” and “St. Sofia”. The archeological excavations in Hisarlaka locality, presenting the remains of the ancient settlement called Tuida, are also of great interest. 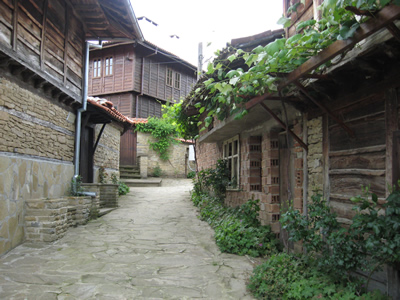 The cultural and historical heritage of the municipality of Kotel is one of the richest and most diverse in the country. It includes 780 monuments of culture and more than 50 archaeological monuments – fortresses, fortifications, tumuli, some of which are well-preserved.

The town of Kotel and the nearby picturesque villages – Zheravna, Medven, Katunishte and Gradets, which have retained its authentic National Revival outlook, have the status of historical and architectural reserves. There are a great number of houses, dated to the National Revival period and many other historical monuments, which evoke the atmosphere of past ages. Tourists have the opportunity to feel the active public spirit of the Bulgarians who lived during the National Revival period, as well as to get to know their manner of living, folklore and traditional crafts. The following sights are attractive for the tourists in the town of Kotel: the Town Historical Museum, the House of Manner of living, the Galata residential area which is unique due to its wooden houses of the National Revival period – some of them are more than 300 years old, the Pantheon, etc.

The municipality of Nova Zagora is famous for its unique archaeological finds - more than 500 burial mounds, 26 prehistoric village tumuli, 62 settlements from the Late Iron Age, 74 settlements from the Roman age, 32 medieval settlements. The unique Karanovo village tumulus is of great interest. Its deepest layers attest to the existence of life as far back as the end of the 7th millennium and the beginning of the 6th millennium B.C. The excavations of the Karanovo village tumulus exceed by far their national significance and are a contribution to the development of the world archaeological science.