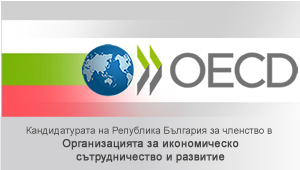 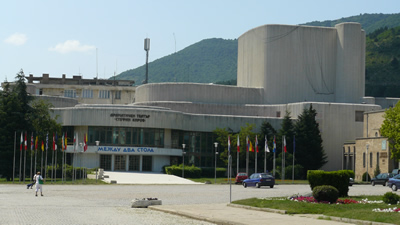 Sliven oblast includes settlements with rich cultural traditions, which survived the trials of centuries and have been transferred to nowadays. The spirituality of this Bulgarian region has been developing over the centuries due to the native studiousness and liberty-loving spirit of the Bulgarians, to their enterprise in crafts and trade, as well as to the good economic development of the region.

People are of different ethnic groups, each of them contributing to the cultural and economic life.

The industrial boom in the 19th century led to an impetuous spiritual development. In 1834 the first industrial enterprise on the Balkan Peninsula – Dobri Zhelyazkov’s textile factory, was established in Sliven. In 1864 a second one was built while a tobacco-processing factory and a distillery were open eight years later.

The first school in the town of Sliven, supported by the municipality and managed by Dobri Chintulov, was founded in 1851. In 1860 the statutes of the “Zora” community centre was drawn up and the first public library was set up while in 1879 P. R. Slaveykov edited the first copy of the Sliven newspaper “Balgarsko zname”.

The names of Sophroniy Vrachanski, Neophit Bozveli, Stefan Bogoridi, Sava Dobroplodni, Sava Philaretov, Dr. Petar Beron, G. S. Rakovski, Dobri Chintulov, Zahari Stoyanov and a number of other writers and revolutionaries of the Bulgarian National Revival, born in the region, are notorious. Nowadays the towns of Sliven, Kotel, Nova Zagora and Tvarditsa are related to prominent authors who have contributed to the development of modern Bulgarian culture and science.

The traditions in the field of culture are kept nowadays as well. In Sliven oblast these activities are implemented by national, regional, municipal, non-governmental and private institutions, organizations and associations. “Stefan Kirov” Drama Theatre, the State Puppet Theatre and the branch of the National Museum of Textile Industry have the statute of national institutions of culture.

There are 1255 cultural and historical monuments, 23 of them of national significance (20 in the municipality of Sliven and 3 in the municipality of Nova Zagora); the architectural and historical reserves are 5. Sliven oblast ranks third among the other oblasts as regards to the number of monuments of culture. 120 prehistoric settlements and tumuli are registered on the territory of the oblast and more than 300 burial mounds are preserved, among them – the unique tumuli near the villages of Karanovo and Dyadovo.

The architectural reserves – the villages of Zheravna, Medven and Katunishte with their preserved architecture from the Bulgarian National Revival epoch, are in the municipality of Kotel.

The cultural traditions, the cultural and historical heritage and the exchange of cultural products and ideas play a certain part in the cultural life of the oblast. Folklore music and dance arts are traditionally strong.

“Stefan Kirov” Drama Theatre is a leading theatre institution in the region and the country. It was founded as part of the “Zora” community centre in 1918. Since 1987 it has its own modern building at “Hadzhi Dimitar” square. There are two auditoriums – a big one, seating 500 people, and a chamber one, seating 80 people. It functions as an open stage.

The State Puppet Theatre started as an amateur cast in 1960. In 1989 it was settled down in a modern building at “Tsar Osvoboditel” Ave., seating 200 people. It carries out performances in the open, in kindergartens, in the towns and villages of the municipality, the region and the country. It functions as an open stage.

The National Museum of Textile Industry is a branch of the National Polytechnic Museum - Sofia. It is the first specialized museum of industrial type and was established in 1984. It has been a member of the European textile network seated in Hanover, Germany, since 1988. It disposes of its own building with three basic sections – hand-made textile production, textile crafts, and factory-made production. There are 18 dynamic levels where demonstrations are made. All exhibits in the museum are functional.

“Sava Dobroplodni” Regional Library was established in 1955. It possesses a unique multi-compartment fund running to 265 000 paper written materials. The old–printed book fund, published in 1806 – 1878, is of high value. The library is a register of the local press as well as a centre of the reference and information activities, regional bibliography. It is also a regional interlibrary service centre as well as a methodological and coordinative centre of all types of libraries on the territory of Sliven and Yambol oblasts. Having a free Internet access and new information technologies, the library is a free–dialogue place and has become part of the information society with no bounds. Since 1999 the library has been the initiator and organizer of the unique Bulgarian Children’s Book Festival.

“Dimitar Dobrovich” Art Gallery was built out of the art collection donations for “Zora“ community centre (1905). It has been an independent cultural institution since 1965. It possesses one of the richest collections consisting of more than 6000 masterpieces and four permanent expositions: “Old Bulgarian Art – icons and prints – 17 - 19 century“, “Contemporary Bulgarian Art“, “The Old Sliven” and “West-European Black and White Drawings – 18 – 19 century”. Besides the permanent expositions, the gallery holds retrospective, collective and authors’ exhibitions on an area of 350 sq. m.

“Dimitar Dobrovich” National School of Fine Arts is one of the six national schools of fine arts in Bulgaria. It prepares students in three basic courses of study: advertising graphics, textile arts and icon–painting. Every year the students organize extremely successful exhibitions in the country and abroad.

The Regional Historical Museum began with a museum collection of “Zora“ community centre in 1913. It became an independent institution in 1946. Over 8000 museum exhibits (archeology, pre–history, ethnography of the Middle Ages, Bulgarian National Revival, new and modern history) are preserved in its funds. On 1 July 2006 it was declared an institution of culture of regional significance. Besides the exposition at the main building, the following four sights are of certain interest:

The Memorial House of the 19th century Sliven Manner of Living was built in 1813. It is situated in one of the oldest neighbourhoods of the town. It is one of the most valuable monuments of culture in Sliven. It was announced a monument of culture of national significance. The verandas, roofs and cupboards are lavishly decorated with wood–carving. 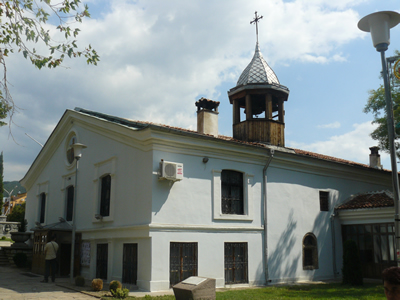 The Memorial House of Hadzhi Dimitar is a monument of culture of national significance. It is the native home of the legendary voivoda Hadzhi Dimitar (i.e. a leader of a revolutionary detachment).

There are remains of the late antique and medieval fortress “Tuida” in the Hisarlaka locality near Sliven. “St. Dimitar” Cathedral Church was built in 1832. It represents a three-ship pseudo- basilica. The structure and decoration of the ceilings and columns of the church are a masterpiece of the Bratsigovo building school craftsmen. The iconostasis, as part of the interior, has the biggest art influence. It is a high-relief carving that has basically floral elements. All Sliven metropolitans were buried in the courtyard on the east side of the church.

“St. Sofia” Church is situated in one of the oldest neighbourhoods in Sliven, called “Novo selo“, and is a monument of culture of national importance.

The Symphony Orchestra was founded at “Zora” community center in 1933. The orchestra became entirely professional in 1969. The orchestra plays pre-classical and classical musical masterpieces as well as compositions from all epochs and styles of Bulgarian and foreign composers. It makes successful concert tours abroad. Since 2000 the orchestra has successfully been carrying out a programme of educational concerts conforming to the music classes at school as well as a programme for organizing international courses for conductors and musicians.

The Folk Songs and Dance Ensemble “Sliven” was founded as an amateur dance ensemble in 1960. Since 1971 it has been a professional institution for researching, processing and disseminating Bulgarian songs and dance folklore heritage in Sliven region. The ensemble has in its repertoire a great number of dance shows, songs and suites for orchestra and solo playing from all folklore regions in the country. It made successful concert tours abroad.

In the town of Kotel one can visit the Museum of the Bulgarian National Revival, the Natural History Museum, the Pantheon of G. S. Rakovski, etc. A real proof of the eternally lively Bulgarian tradition – the National School of Folklore Arts “Filip Kutev”, is located here. A number of expositions function in the town, affiliated to the Historical Museum – “Kotel manner of living from the epoch of the National Revival” located in the “Kyorpeeva Kashta” and “Old Kotel carpets and textiles” – in the “Galatansko Uchilishte”.

The exposition of the Natural History Museum was founded in 1952 by the Kotel teacher and naturalist Vasil Georgiev. This is the first provincial museum of natural history in the country. The museum disposes of about 30 000 exponents, divided into sections: paleontology; botany; fishes, amphibians and reptiles; insects; birds and mammals.

The villages of Zheravna, Medven, Katunishte and Gradets are archeological and ethnographical reserves. Zheravna is a reserve of national significance, the birthplace of the interpreter of the human heart and nature Yordan Yovkov. The village of Medven is the birthplace of the author of the “Memorials of the Bulgarian Uprisings” – Zahari Stoyanov.

In the town of Nova Zagora the Historical Museum was founded in 1960. There are more than 100 historical, art and architectural monuments of culture, some of which of national significance, on the territory of the municipality.

The unique Karanovo village tumulus is of enormous interest. Its deepest cultural layers reveal proofs of life dated back to the end of the 7th millennium and the beginning of the 6th millennium B. C. 240 generations had lived here. The village tumulus is the most famous and important prehistoric monument in Bulgaria. It is a standard for researching the prehistoric cultures in Bulgaria and Southeastern Europe. The tumulus has been described in all archeology textbooks all over the world. The Karanovo village tumulus is much bigger than Troy and it has been challenging the scientists since 1947.

In the town of Tvarditsa there are two museum collections functioning. “St. Petka” Church is an important monument of culture; it was restored in 1834 over old church foundations dated back to 1570.

The towns and villages in the oblast have retained the folklore traditions over the centuries and nowadays folklore and religious feasts, held annually, as well as cultural events and celebrations, can be seen – “Arts".